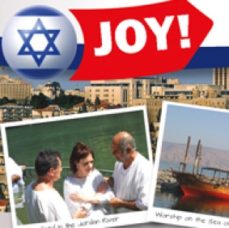 There is something utterly captivating about the Middle East. In fact, the minute your feet touch the ground in Israel, you feel the clash of cultures and  the rich depth of history that traces its roots back to Biblical times.
For the 28 people on our 11 day tour, the Holy Land will forever hold a significant place in their hearts. Not only was it a privilege to follow the paths of Jesus, but also to worship together with fellow Christians from all backgrounds.

Stepping back in time
After a comfortable flight to Jordan on our modern Etihad plane, the  tour began immediately, where we met our ­gentle and very handsome guide, George! We proceeded to Jerash, a site of impressive ruins from an Ancient Roman city, and upon arrival were intrigued to hear the triumphant sounds of bagpipes emanating from the amphitheatre. A closer inspection revealed three Jordanian Army bagpipers revelling in their national pageantry.

After some Scottish dancing, the group moved on to our hotel for dinner.
Very early the next morning we crossed the border into Israel where we met our local tour guide Johnny and Bassam, our friendly bus driver. Immediately we were whisked off to Nazareth Village – a recreation of an old village from the time of Jesus. There we met Daniel, a Messianic Jew, whose love for ­Jesus radiated from the (grass) roof tops!

Seeing the Bible come to life
The next day after looking over the beautiful region of Tiberius from our hotel balconies, we boarded an old wooden boat and worshipped God on the Sea of Galilee.

We proceeded to the Mount of Beatitudes and then spent the afternoon at the Jordan River, where several members of our group were baptised, a truly life-changing experience! After a delicious dinner feasting on healthy and tasty local dishes, we went to bed and arose early for our morning visit to Mount Carmel – the site where Elijah defeated the prophets of Baal, and interestingly, the area where the Battle of Armageddon will take place. That afternoon we dipped our feet in the Mediterranean Sea at Caesarea, the site where Paul was
imprisoned.

Later that day as we drove to Ein Bokek, we found ourselves stuck in the middle of a ­funeral procession for the beloved Chief Rabbi who had passed away earlier that morning. ­Sitting in traffic, we watched as thousands of Orthodox Jews abandoned their cars and literally begin running toward Jerusalem to make it in time.

Dates, donkeys and the Dead Sea!
That evening were all glad to reach the Dead Sea and check into our five star hotel for some much needed rest and relaxation. Floating in the salty, silky waters was a treat – especially for some of the group who had never swum before!

Day six saw us trekking up the mountain of Massada (thankfully by cable car!) where we learnt of Jewish heroism. After a delicious lunch of falafels and shawarmas, we drove North through the Negev Desert toward the much
anticipated Holy City of Jerusalem.

On the way up we had a fascinating stop in Jericho, where we viewed the Mount of Temptation and tasted sumptuous dates and fruits from the local market. Some of the ladies even indulged in a camel ride – amidst shrieks of delight and terror..

From Jerusalem to Bethlehem
That next morning we were off to walk the ­ Temple Mount, pray at the Wailing Wall and walk the Via Dolorosa (the Way of Sorrow). Just before lunch we bade Johnny farewell and proceeded on to Bethlehem to see where the Lord was born. After lunch we welcomed Iyad, our kind and knowledgeable tour guide.
After seeing where Jesus was born, and singing in the Shepherd’s Fields, we drove back to our hotel for dinner, and later bundled into the bus to explore the Western Wall Tunnels.

Exploring the Old City
The next day, we put on our walking shoes and trekked through the underground water tunnels built by King Hezekiah’s men. The group was very adventurous and simply loved the experience. We then walked to the Mount of Olives, and had a special prayer and healing service in the Garden of Gethsemane – a truly memorable experience for all.
Afterwards, we were led into the intricate corridors of the Old City, where we had time to explore the market place and shop to our heart’s content. Later that evening we watched a spectacular Sound and Light show within the walls of Solomon’s court.

Walking in the footsteps of Christ
The next day we visited the Upper Room, where the disciples received the gift of the Holy Spirt, and were blessed to have the place all to ourselves – a real privilege as this never happens in Israel! The tour finished with communion and worship at the Garden Tomb, which is always one of my personal highlights.

The following morning we left for Jordan, and drove straight to Mount Nebo – the site where Moses viewed the Promised Land. After taking in the spectacular views, we departed for the airport, blessed to have met new friends, made very special memories and see the Bible in colour! My thanks to Jannie of Sure Makro Travel and Olga of Nawas Tours and their teams for their hard work.