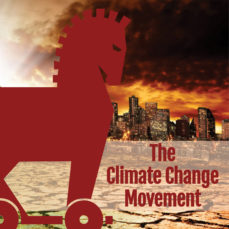 Recently an irate 16-year-old Swedish teenager aggressively ranted against world leaders at the United Nations. Environmental activists are just too grateful for the teenager who promotes their agenda with great success. The issue raised in this article is not whether climate change is true or not – but rather, what is behind the aggressive activism.

It is clearer than ever that the environmentalist movement has been co-opted by socialists who, in reality, view fighting climate change as a second-tier concern to their radical economic reforms.

…for the full article, pick up a copy of the November issue of JOY, which is now on sale nationwide in all leading supermarkets!