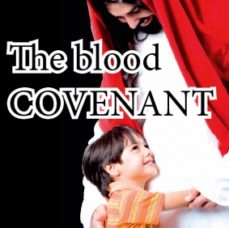 The purpose of this study is to gain an understanding of the term ‘covenant’ and to reveal the significance of “the new covenant in My blood” which Jesus proclaimed after His death and resurrection (Matt 26:28; 1Cor 11:25).

THE TESTAMENT AS A WILL
The word ‘testament’ has two meanings: a) Will – as in ‘the last will and testament of…’ b) Covenant – the old covenant and the new covenant. God’s Word is His ‘Will’ for you. Jesus died on the cross and left a will for you (Heb 9:15-18). The problem is that most Christians do not bother to study the will to find out what they have inherited through the death of Jesus Christ. What is in God’s Will for your life? What is your inheritance in Christ? What we need to do is study our Bible to find out what these blessings are which we are heirs to in Jesus Christ (Matt 6:10; Eph 1:3). Not only did Jesus die, but He rose again to ensure that His Will would be executed according to His Word. We must learn to receive the benefits of God’s Will by faith! To enjoy the benefits of a will you must:
1.1 Know the will
1.2 Claim the will.

THE TESTAMENT AS A COVENANT
Throughout the Bible we see references to covenants. They have a very special meaning in God’s plan of redemption. Covenant speaks of two or more people coming together and committing to one another to do something special. The Hebrew word ‘Berith’ from which the Old Testament word Covenant is translated means ‘to cut where blood flows’. The Greek word ‘Diatheke’ speaks of a mutual pact between two people, which binds them together. Blood covenants were first instituted by God in the Old Testament and they are the foundation of the New Testament and the Gospel. A covenant was scared and not entered lightly. It was the closest, most solemn, most enduring and most sacred of all contracts. It was to be ‘until death does us part’. It followed specific steps, which can be seen in the covenant between God and Abraham (Gen 12-17), David and Jonathan (1 Sam 18:3-4), Jesus’ death on the cross and the marriage partnership.

THE Rituals of cuttin g a covenant
The establishing of a blood covenant generally followed the following process:
a) The covenant partners would first face each other to proclaim the blessing and curses over each other.
b) The next step was to sacrifice an animal and cut it in two. The two halves would be placed on the ground and the partners would walk around them in a figure of eight while continuing the blessings.
c) They then planted a tree and the blood of the sacrifice was smeared onto the tree as an everlasting testimony to the covenant. As the tree grew, it would serve as a reminder to the generations that their fathers were in covenant.
d) They would then slit their hands/palms and strike hands in a pledge, allowing their blood to mingle as they declared themselves blood brothers. Ash or sand was then rubbed into the wound and the resulting scar remained as a testimony and reminder to the covenant.
e) Robes were exchanged, saying in effect: ‘I am giving you my person and I receive you as a person.’
f ) Belts and weapons (swords) were then exchanged, symbolising their decision to protect one another.
g) They then exchanged part of their names. This meant that they were one. h) Finally, they commemorated the occasion by having a meal, called the ‘covenant meal’. This they shared with their families and friends who were witness to the covenant.

God’s Covenant with Abraham
God chose to enter into an everlasting covenant relationship with a man through Abraham (initially called Abram). This covenant was ratified and sealed when Jesus died on the cross, two thousand years later. God blessed Abraham, telling him that he would become the father of nations. He commanded Abram to be circumcised as a sign of the covenant he had with God. God changed his name from Abram to Abraham and his wife, from Sara to Sarah. The ‘h’ was part of God’s name ‘Jehovah’.

Christ’s Covenant
Observing the work on the cross, we see how Jesus established a ‘new covenant in His blood’ with us who believe.
a) The Word and promises of God are the proclamation of the blessings of His covenant.
b) The Word also proclaims the curse of death (separation from God) for those who reject the covenant.
c) Jesus was the sacrifice, the “Lamb slain from the foundation of the world” (Rev 13:8).
d) Jesus shed His blood on the cross (the tree) which stands forever as a testimony to His new covenant.
e) Jesus bears the scars of the cross as a testimony to His covenant (John 20:27).
f ) Jesus exchanged robes with us. He took our robe of sin and gave us His “robes of righteousness” (Isa 61:10; 2Cor 5:21).
g) Jesus gave us His strength, the “armour of God” (Eph 6:11-17) and “weapons which are mighty in God…” (2 Cor 10:4-6) in exchange for our weakness. h) Jesus has given us the right/authority to use His Name (John 16:24) and we are called ‘Christians’ (Acts 11:26) because we are in Christ (Rom 8:2). i) Jesus instituted the covenant meal in the form of Communion (1 Cor 11:23-26). Revelation tells us that we will celebrate our union with Jesus at the Marriage feast of the Lamb (Rev 19:5-9). It is important to understand that the Old Covenant ends at the birth of Christ and the New Covenant (Testament) begins at the Cross.

Marriage as a blood Covenant
Significantly, the sacred covenant between Christ and the Church is described as a marriage relationship in Ephesians 5:25-32. Marriage is clearly a blood covenant, sacred and Holy before God. It has the same characteristics and implications as any other covenant.
• The marriage is public declaration of intent with Biblical preparation and courtship.
• In the marriage vows you proclaim blessings over one another, promising to love, honour and serve your partner for the rest of your life (‘until death do us apart’).
• You exchange rings as an outward sign of your covenant.
• You promise to give everything that you have (as though you were exchanging your robes and weapons) to serve and protect each other.
• You exchange names. The bride receives her husband’s surname.
• The wedding reception is the covenant meal at which you celebrate the start of your new relationship as a witness to all.
• Cutting the cake symbolises the sacrifice and the cutting of covenant.
• The union between husband and wife is then consummated in the act of marriage. God designed the woman so that the hymen would be broken as the marriage is consummated. The marriage is sealed as a ‘blood covenant’. The intention of a person entering into a covenant should be to serve their partner and to give them everything that they have. This reflects the servant heart that marriage requires.

David and Jonathan’s Covenant
After Jonathan and Saul were killed in battle, David became King. David showed kindness towards Jonathan’s son, Mephibosheth, because of the covenant he had with Jonathan. The principle of Blood Covenant is threaded throughout the Bible. This understanding should give us great security and personal consciousness of our heavenly Father’s love and commitment to us. As you get to know Him, you will discover that He is not like any earthly father. He loves us so much that He has given Himself for us – He has brought us into an everlasting covenant with Himself. He is perfect love.