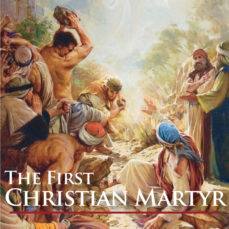 Stephen was no ordinary follower of Jesus. He was the first Christian martyr. His death catapulted the early Christian church from its local Jerusalem roots to a cause that spread across the entire world.

Stephen was a man full of God’s grace and power. He did great wonders and miraculous signs among the people. His revolutionary message got him hauled before the Sanhedrin, the same Jewish council that had condemned Jesus to death for blasphemy. When Stephen preached an impassioned defence of Christianity, a mob dragged him outside the city and stoned him.