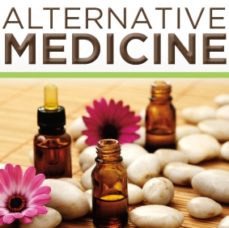 Examining the roots of the practice
There are two primary issues with this “alternative medicine is always wrong” mind-set. Firstly, much of modern traditional medicine also has its roots in non-Christian practices and philosophies. While alternative medicines, like acupuncture, may have originated in connection with Taoism, many traditional medicines originated in the ancient Greek and Roman cultures, which were just as non-Christian as ancient Taoism. The idea that unless something was invented by a Christian, it is inherently wrong, is not Biblically supportable. Many inventions and technologies that Christians have no qualms about using were invented by non-Christians.  The origin of an alternative form of medicine should not be the deciding factor in whether a Christian can consider using it.

What constitutes “alternative”?
There is no standard for determining whether a treatment is considered “alternative.”

Freedom in Christ
A key deciding factor in whether to engage in a specific course of treatment, is whether or not an alternative medicinal practice can be separated from the philosophy associated with it – [this would not prove possible for yoga, a very popular form of exercise rooted in Eastern mysticism].
[Another critical factor, is knowing (as far as possible) whether the practioner is a Christian or not. For example, there is nothing wrong with getting a massage, however if the practioner believes in reiki, and uses reiki in their treatments, it will place you in very uncomfortable position – so best check ahead of time if you have any uncertainty]. When it comes to herbal medicine, or natural medicine, we should prayerfully seek God’s will and can then follow our convictions as long as they are Biblically sound.

What does the Bible say about Aromatherapy?
Aromatherapy is considered a ‘non-traditional’ medicinal practice that uses plant extracts, especially those with odour, to treat medical and psychological ailments. These extracts (also known as essential oils) can either be administered by inhalation or applied directly to the skin. Ailments treated include skin conditions, congestion, and infection. Essential oils like lavender are also used to aid relaxation. Many essential oils can be dangerous if administered incorrectly.

Biblical references
The Bible mentions aroma and incense extensively. In Exodus 30:22-33, God instructs the Israelites to make anointing oil with myrrh, calamus, cinnamon, and cassia in a medium of olive oil, to dedicate people and furniture in the Tabernacle for God’s service. The next passage describes the incense to be used in the Tabernacle and, later, the Temple, including spices, onycha, galbanum, and frankincense. Frankincense was also to be added to the grain offering (Leviticus 2:1-2) as a “soothing aroma to the Lord.” The wise men brought frankincense and myrrh to the young Jesus (Matthew 2:11), and Mary washed Jesus’ feet in spikenard, an extremely costly ointment, “and the house was filled with the fragrance of the perfume.” John 12:3.

God made oil-containing plants
In Old Testament times, plant-based medication was viewed with ambivalence, the Israelites were to rely on God as their Healer (Exodus 15:26; Jeremiah 46:11). Priests were authorised to identify ailments but not to treat them (Leviticus 13:7,19, 49). Frankincense and myrrh were mainly used in embalming.
Today, using plant-based extracts for topical and respiratory medication is not an intrinsically New Age practice, although, like any alternative medicine, it can be combined with un-Biblical beliefs by some therapists. Having said that, there is nothing unscriptural in using plant oils to treat medical conditions and it can prove beneficial for ageing and overall well-being, particularly if administered by a Christian aromatherapist. For more info see www.rockroseministries.com

What does the Bible say about Reflexology?
Reflexology claims to reestablish circulation in weakened or diseased organs. It supposedly releases the healing qualities of nature found within the body, restoring health to the patient. Those who practice reflexology say that the body contains an energy field, invisible life force, the blockage of which can prevent healing. Reflexology, although seemingly innocent, is rooted in un-Christian Eastern beliefs, and has been rejected by doctors for lack of empirical proof.
Reflexology, made popular by the New Age movement, is based on the idea that there is a cosmic energy inside of everything, including our bodies. This energy is the very “material” of both creation and deity, and when in proper balance, humans can supposedly realise personal divinity. Such a belief in personal divinity is opposed to our Faith and the teachings of the Bible (Exodus 20:3).

It is difficult and problematic to divorce the belief from the practice
Behind the technique of reflexology lies the belief that not only do the pressure points of the foot engage specific parts of the body, but they affect the living energy within a person as well. Some people might argue that they practice reflexology without the mysticism. However, this is impossible, because, in reflexology, it is the energy that is the link between the foot and the other parts of the body. To divorce the practice from the belief is to just give a foot massage.

A Scriptural standard
The Scriptures exhort us to “test everything. Hold on to the good. Avoid every kind of evil” (1 Thess 5:21-22). When put to the test, practices rooted in anti-Biblical beliefs, such as reflexology, clearly fail.
In fact, practising reflexology can be seen as giving approval to the all-encompassing energy teachings of such religions as New Age and Hinduism, which are diametrically opposed to Biblical Christianity.
Whereas Scripture does not condemn alternative medicine such as reflexology specifically, the Scriptures do condemn teachings that remove God as the sole, sovereign Creator and Saviour (Exodus 20:4-5), which reflexology clearly does.