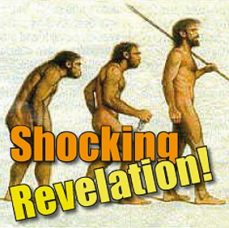 Recently this devastating report (below) appeared in Die Burger newspaper tucked away in its inside pages. I sincerely feel that such an important issue should have received front-page exposure. The implications of this report have huge consequences for South African society. What a sad day for South Africa and its citizens when provincial government accepts foreign monies to fund a project like this.

CLANDESTINE AGENDAS
One just has to observe the values of the youth in the Netherlands to witness the destruction such atheistic teaching produces. Now, shockingly they have been given license, by investing large amounts of money into our education system to corrupt our children. A snap survey of a few parents indicated total ignorance of this investment and the proposed introduction of evolutionary teaching into the schools. Most were astounded when I pointed this out. Have you been informed?

We believe a matter of such importance needs the full support of the parents of the children who will be exposed to such teaching. After all parents are responsible for their children – not the state. The consequences of children believing they came from nothing, are nothing and are going nowhere, has a severe impact on society, especially in the area of accountability to the law and to ones fellowman. If there is no respect for God and His Laws, the Ten Commandments, then there will definitely be no respect for the law of the land. Evidence of this is already glaringly obvious amongst non God-fearing political leaders and business leaders in South Africa today. The Western Cape Consultation of Christian churches have been made aware of this report and have subsequently sent off a letter to the Dutch Embassy.
They have requested an urgent meeting to discuss the concerns, specifically that the plurality of our community is being undermined, in that the views, beliefs and values of a large segment of the population in our schools are being overridden and disregarded.
All the major religions, Christianity, Judaism and Islam, by definition reject evolution. The implication that a foreign government has made this investment into our education system to foster the teaching of any particular ideological paradigm does not create a healthy precedent.  We will keep you informed of the progress and outcome of these meetings. In the meantime we encourage every parent to call their school principals and request a parent information meeting in order to become informed of exactly what is being taught and what is going to be taught and what the consequences will be for both them and their children.

PARENTS HAVE RIGHTS
Parents have rights and will be accountable to God one day for the way in which they have brought up their children. We also call on all the intercessors in the land to pray against the forces of evil trying to erode our society. Childrens’ values and their beliefs should be taught and entrenched by parents and not by schools, or state education departments.
This project, as indicated, will stretch throughout all the provinces soon, so it is not just a Western Cape problem.
We encourage parents not become intimidated by teachers and principals who support this introduction of the THEORY OF EVOLOUTION. Many un-Godly academics like to use fancy scientific grammar and terminology to influence and intimidate parents. Always identify the spiritual understanding of the teacher or principal before one discusses this matter. Christians do not, and cannot, support evolution. It is an unproven theory and no palaeontologist, scientist or physicist has come up with proven evidence.