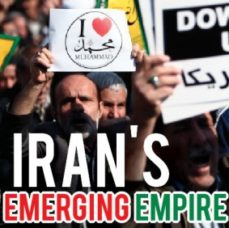 While Iran’s approach toward a nuclear bomb has provoked a major clash between the White House and the US Congress, Iran’s march toward conventional domination of the Arab world has been largely overlooked. In Washington, that is. The Arabs have noticed. And the pro-American ones, the Gulf Arabs in particular, are deeply worried.
Earlier this year, Iranian-backed Houthi rebels seized control of the Yemeni government, heretofore pro-American. In September last year, they overran Sanaa, the capital. Then, recently, they seized the presidential palace and later forced the president to resign.
The Houthis have local religious grievances, being Shiites in a majority Sunni land. But they are also agents of Shiite Iran, which arms, trains and advises them. Their slogan – “God is great. Death to America. Death to Israel” – could have been written in Persian.
Why should we care about the coup? First, because we  (as Western moderates) depend on Yemen’s government to support our drone war against another local menace, al-Qaeda in the Arabian Peninsula (AQAP). It’s not clear if America can even maintain their embassy in Yemen, let alone conduct operations against AQAP. And second, because growing Iranian hegemony is a mortal threat to our allies and interests in the entire Middle East.
In Syria, Iran’s power is similarly rising. The mullahs rescued the reeling regime of Bashar al-Assad by sending in weapons, money and Iranian revolutionary guards, as well as by ordering their Lebanese proxy, Hezbollah, to join the fight. They succeeded. The moderate rebels are in disarray, even as Assad lives in de facto coexistence with the Islamic State, which controls a large part of his country.
Iran’s domination of Syria was further illustrated by a strange occurrence in the Golan Heights. An Israeli helicopter attacked a convoy on the Syrian side of the armistice line. Those killed were not Syrian, however, but five Hezbollah fighters from Lebanon and several Iranian officials, including a brigadier general. What were they doing in the Syrian Golan Heights?
Giving “crucial advice,” announced the Iranian government. On what? Well, three days earlier, Hezbollah’s leader had threatened an attack on Israel’s Galilee. Tehran appears to be using its control of Syria and Hezbollah to create its own front against Israel.
The Israelis can defeat any conventional attack. Not so the very rich, very weak Gulf Arabs. To the north and west, they see Iran creating a satellite “Shiite Crescent” stretching to the Mediterranean and consisting of Iraq, Syria and Lebanon. To their south and west, they see Iran gaining proxy control of Yemen. And they are caught in the pincer.
The Saudis are fighting back the only way they can – with massive production of oil at a time of oversupply and collapsing prices, placing enormous economic pressure on Iran. It needs $136 (R1500) oil to maintain its budget. The price today is below $50 (R580).
Yet the Obama administration appears to be ready to acquiesce to the new reality of Iranian domination of Syria. It has told the New York Times that it is essentially abandoning its proclaimed goal of removing Assad.
For the Saudis and the other Gulf Arabs, this is a nightmare. They’re engaged in a titanic regional struggle with Iran. And they are losing – losing Yemen, losing Lebanon, losing Syria and watching post-US-withdrawal Iraq come under increasing Iranian domination.
The nightmare would be hugely compounded by Iran going nuclear. The Saudis were already stupefied that Washington conducted secret negotiations with Tehran behind their backs. And they can see where the current talks are headed – legitimising Iran as a threshold nuclear state. Which makes all the more incomprehensible Obama’s fierce opposition to strengthening the American negotiating hand, by passing sanctions to be triggered if Iran fails to agree to give up its nuclear programme. After all, that was the understanding Obama gave Congress when he began these last-ditch negotiations in the first place.
[So the obvious question then – why is Obama parroting Tehran’s talking points, and willingly ignoring the blatant and urgent cautions from Israel about Iran?] Why is America endorsing Iran’s claim that sanctions-relief is the new norm? Obama assured the nation that sanctions relief was but a temporary concession to give last-minute, time-limited negotiations a chance. Twice the deadline has come. Twice no new sanctions, just unconditional negotiating extensions.
[Western regional] allies – Saudi Arabia, the other five Gulf states, Jordan, Egypt and Israel – are deeply worried. Tehran is visibly on the affront on the ground and openly on the march to nuclear status. And their one great ally, their strategic anchor for two generations, is acquiescing to both.  