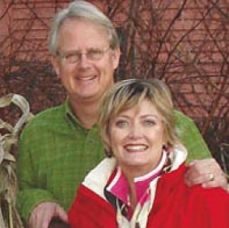 I Battle With Bi-polar

The door of the Mental Health Unit locked behind me. I couldn’t believe this was happening! After all, wasn’t I one of the success stories? Diagnosed with Bipolar Disorder when I was 29, I’d weathered every mood swing without hospitalisation. Instead of hiding my illness, I’d become a spokesperson for Bipolar Disorder and given talks to support groups to inform and encourage sufferers and their families. Now, no amount of information or encouragement kept me from slipping into depression. I was fighting the biggest battle of my life…and I was losing.

Learning against the locked door, I begged God to hide me in the shelter of His wings. Amidst my emotional turmoil, I knew God’s refuge would be my only source of strength to endure what lay ahead. I first experienced mood swings in my teens, but no one suspected a thing because I hid them so well. I was outgoing, a strong student, and I participated in many activities. Most importantly, I always smiled. Eventually my deep bouts with sadness became so severe that I had to tell my parents. They took me to see a physician, who brushed off my emotions and assured my mother I was a “typical moody teenager.” My parents accepted the doctor’s diagnosis, certain I would ‘outgrow’ it. Hurt by the physician’s dismissal of my symptoms, I vowed to control these feelings on my own.

For the next 11 years, I managed my moods. I completed college, got married, taught high school, and gave birth to a daughter. But in November 1987, I began displaying symptoms of both depression and mania. At first, I hoped the feelings would pass. One evening in December, I met my husband, Tom, for dinner. After we left the restaurant, we walked by some shops on the way to our cars. It was late, and the stores were closing. I wanted to buy a piñata for my classroom, but Tom said we didn’t have time. I became furious. I jumped into my car, screeched out the parking lot, and sped home on the interstate. I felt so angry that I wanted to drive off a hill into the lights of the city below. I swerved my car toward the edge, but at the last second swerved back onto the road. When I got home, my hands were bleeding from fingernail punctures because I’d been holding the steering wheel so tightly.

After that experience, my moods began shifting rapidly from extreme rage to an almost catatonic state of depression. For several days I sat in a chair as if in a trance. It was then I agreed to seek medical help. A psychiatrist assessed my symptoms and put a name to them: Bipolar Disorder. The diagnosis was a relief. At last I was told my symptoms were caused by a chemical imbalance of the brain – not emotional or spiritual weakness. The moods I’d fought for years weren’t my fault. My psychiatrist also told me mood swings are cyclical. Some people experience them every two, three, or four years, while others experience them every few months or weeks. Additionally, stress, trauma, and fatigue can contribute to the onset of mood changes. Medications often prevent or lessen the effects of the most severe symptoms.

I was prescribed two medications which caused headaches, nausea, dry mouth, constipation, and weight gain. As uncomfortable as those side effects were, they were worth it to restore a balanced mood. Within nine months, I felt mentally strong again. I first realised my mood was improving when I was washing dishes one evening and began laughing out loud at a funny joke I’d just made up. I decided if I was going to wrangle with Bipolar Depression, I wanted to know what I was up against. Through research Tom and I conducted, we learned three important facts about Bipolar Disorder: There’s no ‘cure’ for the disease; it’s usually controllable with medication and therapy; and suffering from this disease isn’t a sign of weak faith in God. I also attended a Bipolar Disorder support group. What a relief to be in a room full of people who understood exactly what I was going through!

Upon my diagnosis, I lashed out at God. I often questioned, “Why me?” or “Why my family?” Many days I sobbed, begging God to take this away from me. But He didn’t. Instead He used it to bring me closer to Him. Though I’d grown up attending church, I didn’t study the Bible or rely on God daily. Shortly after my diagnosis, a friend invited me to a women’s Bible study. Through God’s Word, I discovered how much God cared about me. Such words as “Be strong and courageous. Do not be terrified; do not be discouraged, for the Lord your God will be with you whenever you go” Josh 1:9 encouraged me. Other comforting images came from the Psalms. In Ps 17:8, David cries out to God, pleading, “Hide me in the shadow of your wings.” The image of a strong, loving God sheltering me assured me I wasn’t alone. This period prepared me for the most devastating mood swing of my life. My knowledge of God’s Word and my trust in Him anchored me through great emotional pain and turmoil. I don’t believe I would have survived without them.

I had been told medications could lose their effectiveness at any time. In May 1998, the medications that had stabilised me for the past four years no longer seemed to be working. Emotionally, I was going through a difficult time. My closest friend had recently died from brain cancer. I hadn’t experienced a severe mood swing in four years, so according to my pattern, my ticket was up. Like many who suffer from the disorder, I didn’t immediately recognise the symptoms. What I first noticed was feeling a little tired, sad, and anxious. When the fatigue and anxiety persisted for several weeks, I decided to visit my psychiatrist. He changed my antidepressant. At my return appointment, my depression was better, but I was more irritable and sleeping poorly. My doctor then took me off my other medication, a mood stabiliser. Within six weeks I was taken off the two medications that had staved off my mood swings for the past four years. “Would the new medications work? How long would it take for them to affect my mood?” I wondered.

I muddled through that summer. Some days I could barely get out of bed, and on others I felt great. In Autumn, I began having severe panic attacks. I couldn’t fall asleep for fear of suffocating. I became obsessed with fears for my family’s safety and believed I would die soon. I’d always been able to manage my moods to some degree. Now all control was gone. I cried frequently, often unable to stop myself or to identify the cause. I withdrew from activities because it was too difficult to converse with others. I no longer could focus enough to read my Bible. I was afraid to be alone. My life was an emotional frenzy. My doctor tried changing my medications again twice. When I showed no signs of improvement, I agreed to be hospitalised.

Tom, my daughters, and my father came to visit me the first night I was in the hospital. It was very difficult, but I managed to pretend I was OK for my children’s sake. When it was time for them to leave, I hugged everyone tightly as I felt a new rush of panic. I truly believed I never would see them again. I watched my family walk down the corridor as the security buzzer sounded behind them. That night in the hospital was the loneliest night of my life. I rocked back and forth in the darkness, trembling with fear. I tried to read my Bible, but couldn’t focus on the words. I began to pray the fragment of my Psalm verse that I could remember, “Hide me in the shadow of your wings.” Then suddenly, my trembling stopped, and I was filled with a deep sense of peace. I prayed these words in the darkness until I drifted to sleep.

I’d begged the hospital’s psychiatrist to let me return home. Since I hadn’t attempted to harm myself, the doctor agreed – with the understanding that I would receive 24-hour adult supervision. Tom, my parents, and some close friends developed a schedule to watch over me. Back at home, I received many beautiful bouquets and cards saying, “Get well soon.” Part of me knew the sentiments were meant to encourage me. But I felt so much pressure to improve that I couldn’t open the cards after a while. Not only was I not well, I was beginning to believe I never would be well again.

The panic attacks eventually stopped, but my depression became more severe. I ate and spoke very little. After showering in the morning, I stood at my closet completely bewildered, not able to choose my clothes. Although I was exhausted, I couldn’t sleep. Constant thoughts of suicide haunted me. My doctor assured me that suicidal thoughts were a symptom of severe depression and didn’t mean I would attempt it. His words didn’t comfort me. I was so afraid I would attempt suicide that my husband hid my car keys, medications and sharp utensils. Finally, my suffering became so blurred, I couldn’t remember what I thought or did. Three weeks before Christmas, I entered a ten day hospitalisation program.

I’m thankful I did because God used it as a turning point in my recovery. The new environment combined with my medications brought me my first ray of hope in more than three months. Five days before Christmas, I was released from the program. I remember waking up and not feeling depressed. “When did this happen?” I asked myself. Then I laughed and thought, “Lisa, don’t ask when, just be glad it did!”

Diagnosis, faith in God, knowledge, and medication don’t take the sting out of Bipolar Disorder. I can look through family photo albums and see in my eyes which years I was depressed. I’ve experienced mood swings every three to four years since my diagnosis. I chose not to conceive again because my medications cause severe birth defects. Instead, Tom and I chose to adopt another child. I also resigned from my teaching position because I was too ill to work. I’m grateful to my husband for staying by my side. Most marriages involving a person with Bipolar Disorder ends in divorce. The erratic behaviour rocks the foundation and a lifelong illness often scares a spouse away. Our marriage has been rocky at times, but with counselling, prayer, true love, and dedication, we’ve grown stronger and closer through our struggles.

I focus daily on the present instead of mourning the past or fearing the future. Today, 2 Corinthians 1:4 is my life goal: “…we can comfort those in any trouble with the comfort we ourselves have received from God.” I continue to write and speak in order to encourage others suffering in any way. Also in 2 Corinthians, I’m reminded I may be hard pressed, despairing, or stuck down, but with God’s Holy Spirit, I’ll never be crushed, abandoned, or destroyed. Most importantly, I remember the dark hospital room where God reached down and sheltered his terrified daughter in the refuge of his wings.

Lisa Whinery lives with her husband and two daughters in Texas

WHAT IS BIPOLAR DISORDER?
Bipolar Disorder, also known as Manic-Depressive illness, is a mental illness involving episodes of serious mania and depression. The person’s mood usually swings from overly ‘high’ and irritable to sad and hopeless, and then back again, with period of normal moods in between. The presence of the disorder indicates an imbalance in the brain chemicals called neurotransmitters.