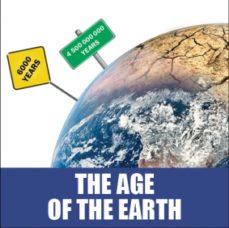 Evolutionists claim that dinosaurs died out approximately 65 million years ago. Why then do their remains include unfossilised organic material, such as blood vessels, blood cells, soft flexible tissues, bone proteins, and DNA? The doctrine of ‘the Fall’ is very important because it enables Christians to answer atheists when they claim that there can’t be a good God as the Bible teaches because of all the suffering in the world.
The Bible teaches that God created the earth approximately 6000 years ago. From time to time, we meet people who reject evolution and would call themselves ‘creationists’, but who, nevertheless, accept that the earth and its rocks are millions of years old. In some cases, they feel that identifying as ‘young earth creationists’ would cause them to appear foolish and that this would undermine the credibility of their Christian witness. In responding to this, I believe that it is a mistake to begin with science. Instead, I find a better approach is to talk about God, His nature and glory, His original, perfect creation, and how this changed due to our sin. This helps people to see why an ancient earth cannot be reconciled with the Bible’s teaching.

Some say that the days of creation were really long periods of time. Others say that there was a gap of millions of years between Genesis 1:1 and Genesis 1:2. Others put the gap between Genesis 1:2 and Genesis 1:3. Still others argue that Genesis 1 is poetry and so can accommodate any view of the age of the earth. But why? Why do they argue in this way? I believe that, for many, the explanation is that they have been persuaded that ‘science’ is an unassailable authority and they have been persuaded that this unassailable authority has proven the world to be millions of years old. Hence they think that they must fit millions of years into the Bible somehow. But it’s surely bad theology. It must be because it puts the Fall before sin and makes God responsible for what is, in realty, the consequences of our disobedience.

Pick up a copy of our October issue of JOY for the full story – On sale now!