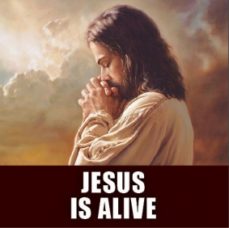 Perhaps no event in history so affected the people of its own time more than the Resurrection of Jesus of Nazareth. It became the theme that attracted thousands to the cause of Christ, and the cornerstone around which the early church was built.
In three and a half years of preaching, Jesus Christ, a perfect Man who spoke like no other man, “We have never heard anyone speak like this!” – John 7:46, and who attested His words with all forms of miracles, only some 500 became adherents of His beliefs. Within a very short time after Pentecost, the apostles, “unlearned and ignorant men” – Acts 4:13, added thousands to the fold.

The significant difference was the fact of the Resurrection of Jesus from the dead. The Jews could not deny it. They had taken every precaution to make sure the body could not be stolen from the grave. Yet, despite the seal of Pilate and the elite guard of the Sanhedrin, the grave was empty.

…FOR THE FULL ARTICLE, PICK UP A COPY OF OUR APRIL ISSUE TODAY!