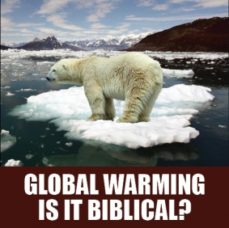 According to a 2016 Barna Group survey, nearly twice as many American teens and young adults believe not recycling is a greater evil than viewing pornography. Environmental ethics is all the rage these days. Companies that don’t “go green” are frowned upon or boycotted. For the past decade, we have had a steady stream of global warming mania drummed into our heads. According to a recent American presidential candidate, climate change is “the single greatest threat facing our planet.” How should Christians view global warming/climate change?

… For the full article, pick up a copy of JOY! On sale now!