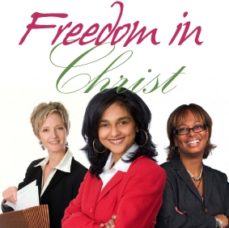 The social status of a  slave
Respectable Greek women were not permitted to leave their house unless accompanied by a male escort. When guests were present in the home, the wife was not permitted to eat at the same table or interact with the guests. The wife had to be unseen and confined to her quarters. The average Athenian woman had the social status of a slave. Whereas the husband could divorce the wife at any time, the wife could not divorce her husband. Girls did not go to school at all. Throughout a woman’s entire life she was not permitted to speak in public.
As Sophocles wrote: “Silence is an adornment to women”; Aristotle declared: “Silence gives grace to women”.  Euripides wrote: “Women, specious curse to man”. Aeschylus wrote: “Evil of mind are they, and guileful of purpose, with impure hearts”. Aristophanes wrote: “For women are a shameless set, the vilest of creatures going”. Homer wrote: “One cannot trust women!”
Greek civilisation accorded an extremely low status to women, not allowing them to have any meaningful social life in public, or in the presence of men, even in private. Women had little social value. Female infanticide was commonplace. Baby girls were expendable. Female babies were seen as “an economic liability, a social burden.”
Similarly, in Roman society wives were not allowed to be present with a husband’s guest at a meal. A married woman under Roman law was placed under the absolute control of her husband who could divorce her, sell her into slavery, or kill her at will. Women were prohibited from speaking in public. Women were not allowed to speak in court.  A man could even execute his married daughter. He had full authority to beat to death his wife, even his grown children, or grand-children.
These laws were strongly criticised by the early church fathers, such as St. Augustine. From the very beginning, Christians opposed infanticide and rescued and adopted many of the abandoned babies. “There is neither Jew nor Greek, slave nor free, male nor female, for you are all one in Christ Jesus.” Gal 3:28
The way in which the Lord Jesus interacted with the Samaritan woman at the well (John 4) may not appear so unusual to Westerners today. Yet, to the prevailing Greek, Roman and Hebrew cultures of that time, our Lord’s actions must have been quite shocking. Jesus not only ignored the Jewish anti-Samaritan prejudices, but He violated the customs that prohibited a man from speaking to a woman that was not a relative. The Samaritan woman herself was shocked: “You are a Jew and I am a Samaritan woman. How can you ask me for a drink? (for Jews do not associate with Samaritans)” John 4:9.
The Rabbinic law of the time was quite explicit: “He who talks with a woman in public brings evil upon himself” (Aboth 1.5). And “One is not so much as to greet a woman” (Berakhoth 43b). One can imagine then why the Lord’s “disciples were surprised to find Him talking with a woman” John 4:27. By the Lord Jesus granting women a previously unknown respect and status, He not only broke with the anti-female culture of His era, but He set a high standard for His followers to emulate.

Honoured Bible women
The actions and teachings of Jesus raised the status of women to new heights, to the consternation and dismay of both His friends and enemies. By word and deed Christ went against the ancient accepted practices that stereotyped women as socially, intellectually and spiritually inferior. Truly our Lord came “that you may have life, and have it in abundance” John 10:10.
The Gospels record that many women followed Jesus. Women were the last at the cross (Mark 15:47); the first at the tomb (John 20:1); the first to proclaim the Resurrection (Matt 28:8), and the first to witness to the Jews (Luke 2:37-38). Women attended the very first prayer meeting (Acts 1:14); women were the first to welcome Christian missionaries to Europe (Acts 16:13) and the first European convert was a woman (Acts 16:14).
In the early Church women were not only very prominent, but were frequently honoured: Elizabeth (Luke 1:43); Mary (Luke 1:30-38); Mary of Bethany (Matt 26:13; Luke 10:42); the Samaritan evangelist (John 4:29); Dorcas (Acts 9:36); Lydia, the business woman and the first European convert (Acts 16:14-15); “Apphia our sister” (Phil 2); “Nympha and the church in her house” (Col 4:15); Phoebe “a servant of the Church in Cenchrea…she has been a great help to many people including me.” (Rom 16:1-2).
In His epistles, the apostle Paul mentions numerous female co-workers including “Priscilla…and her fellow workers in Christ Jesus” Rom 16:3; “…Mary, who worked very hard for you.” Rom 16:6; “Tryphema and Tryphosa, those women who work hard in the Lord…Persis, another woman who has worked very hard in the Lord.” Rom 16:12; “…Euodia and…Syntyche…women who have contended at my side in the cause of the Gospel…” Phil 4:2-3

A revolution of love
As Dr. Schmidt observes: “Jesus, Paul and the early Church broke the ancient bonds that kept women secluded and silent (as in Athenian society), subservient (as under the Roman law), and silent and segregated in public worship (as in the Jewish culture). The freedom and dignity that the early Christians gave to women is also evident by their having access equal with men to baptism and the Lord’s Supper…Christ’s message of repentance and salvation proclaimed by the Apostles had revolutionary effects on the lives of women. The early Christians included women in the life of the Church, and gave them a freedom and dignity unknown in the Greco-Roman and Judaic cultures.”
Far from Christianity being “anti-women” as many critics allege, women in the early Church soon outnumbered men to such a degree that there were simply not enough Christian men available for marriage. Celsus, a 2nd Century critic of Christianity ridiculed the believers by saying that Christianity was a religion that attracted women. To him this was a sign of weakness. Numerous Roman authors saw Christianity’s providing dignity and freedom to women as a threat to the entire social order.
Christianity revolutionised marriage by seeing the wife as a partner, commanding husbands to love their wife as Christ loved the
Church (Eph 5:25), and allowing Christian women the choice as to whom they married. Christianity granted women the right to divorce unfaithful or abusive husbands. Women also received, for the first time, guardianship over their children who previously were the sole possession of the man.
Christianity pioneered the removal of the veil. Women were veiled by the Assyrians, Babylonians, Chinese, Egyptians, Greeks, Hebrews, Romans and Samarians. There were cases of Romans divorcing their wives for leaving the house unveiled. Greek women were required to wear a veil after marriage. The rabbis taught that it is a “godless man who sees his wife go out with her head uncovered. He is duty bound to divorce her” (Kethuboth 2). The lack of any specific reference in the New Testament to women having to veil their face led the Church to discontinue the practice. While Paul in 1 Cor11 urged the women in Corinth to cover their heads in church, he made no reference to veiling their faces. And in 1 Tim 2:8-9, where Paul tells the woman to dress modestly, and not to braid their hair, he makes no mention of any veil. Worldwide Christianity led the trend to dispense with the veil.
The Chinese practice of foot binding, where girls from an early age had to have their feet tightly bound forcing the four smaller toes of each foot up and under against the fleshly part of the foot (frequently causing severe infection and even on occasion gangrene) was only abolished under the influence of Christianity. This cruel custom, which crippled many Chinese women, was outlawed by the Chinese government in 1912 after Christian missionaries led the crusade to abolish foot binding.
The widespread practice of female circumcision is another cruel age old cultural practice which has been outlawed in all countries where Christianity has become the majority religion. The only countries in the world where this barbaric ritual is still practised are countries where Christianity has little or no influence.

Saving lives
Before the coming of Christ, widows were ostracised, despised and frequently buried or burned alive at their husband’s death. For centuries India’s cultural custom of suttee, the burning alive of widows, was an integral part of Hindu culture. By God’s grace, as a result of the tireless efforts of Christian missionary William Carey, the British authorities in 1829 outlawed the practice of suttee.
This legal ban on suttee (known as Carey’s Edict) is still in effect today, although since the 1990’s there have been numerous attempts to revive the custom with glorification of suttee widow burning and instances of teenage widows being cremated on their husband’s funeral pyres. Dr. Schmidt notes: “In light of the current, almost worldwide promotion of multi-culturalism, which argues that all cultures and religious are essentially equal, the desire and efforts to bring back India’s pagan custom of suttee may gain momentum in the future.”
Widows were burned by American Indian tribes, by the Maori in New Zealand, and by the Chinese – before the coming of Christianity. However, Jesus had particular compassion on the widows. Christ rebuked the Pharisees for taking financial advantage of widows (Mark 12:40). Christ praised the widow who, although poor, gave two coins in her offering: “I tell you the truth, He said, this poor widow has put in more than all the others.” Luke 21:3. Christ had compassion on the widow of Nain (Luke 7:11-15). In 1 Tim 5:3-4, Paul urges Christians to honour and care for the widows. “Religion that God our Father accepts as pure and faultless is this: to look after…widows in their distress.” James 1:27
“Charm is deceptive and beauty is fleeting; but a woman who fears the Lord is to be praised.” Prov 31:30
Because of the teachings and actions of our Lord Jesus Christ, Christianity has progressively achieved for women greater respect, dignity, honour and protection. It is to Christianity that we owe marriage as a mutual partnership, the rejection of polygamy, and the promotion of monogamy and marital faithfulness. In granting women respect, dignity and protection, Christianity broke with the prevalent anti-female prejudices of the Ancient world, of pagan cultures and Eastern religions. All the freedoms and advantages which women enjoy today are as a result of the teachings and example of Jesus Christ and the progressive work through the centuries of the Church.

A new threat
However, if present anti-Christian trends continue one could see a return to the previous pagan abuses of women. Those advocating pornography, sexual permissiveness, homosexual “marriages”, legalised prostitution, lowered age of consent and the decriminalisation of adultery are not offering us progress – but only a return to pre-Christian paganism.
“…remember the Lord who is great and awesome and fight for…your daughters, your wives and your homes…” Neh 4:14