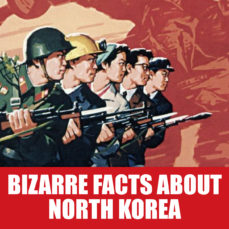 Regardless of what you think of the agreement that was signed by Kim and Trump on June 12 in Singapore, there is cause for genuine celebration. Yes, the details were fuzzy. Yes, there were a lot of ‘what ifs’ and ‘maybes’. But if we step back and study how strange North Korea is, and how backwards and barbaric, we would realise that we are witnessing a historic breakthrough. Consider these bizarre facts about this nation of 25 million:
Did you know? Christians in North Korea have been crushed by steamrollers and roasted over fires. Officially, North Korea is a necrocracy – a government led by a dead man. There are 34 000 statues of the late Kim II Sung in the country. In North Korea, it is not 2018. Kim Jong Un’s loyal subjects believe he can control the weather.
…For the full article, pick up a copy of the August issue of JOY!, on sale nationwide.