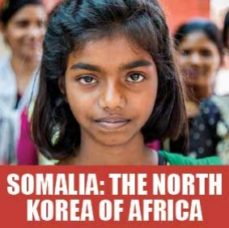 Somalia, situated in the Horn of Africa, is one of the most difficult places in Africa to be a Christian. It has spent time in the Top 10 of the Open Doors World Watch List for many years now, ranking
#2 in 2017.

In Somalia you are expected to be a Muslim. Imams in mosques and madrasas, as well as the leaders of Al-Shabaab, state publicly that there is no room for Christians and churches in Somalia. The government has gone so far as to prohibit any celebration of Christmas.
Christians in the country are from a Muslim background – and they are regarded as high-value targets by Al-Shabaab operatives. They have often been killed on the spot when discovered. Christians also face serious persecution from family, extended family members, and the community at large. Any conversion to Christianity is regarded as a betrayal of Somali family and clan.
…Pick up a copy of the latest issue of JOY! for the full article.