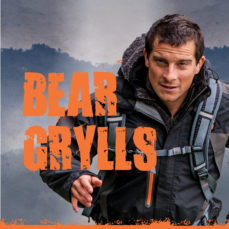 If you are not familiar with the bold adventurer Bear Grylls, then you have missed more than his entertaining death-defying adventures, courageous acts of faith, and stomach-churning survival techniques (that you pray you will never need to use). Behind the rugged face that we have all grown to love is a husband, a father, and an outspoken Christian who relies on his faith to carry him through tough times.

Grylls is known for his determination and passion to seek out the riskiest and most daring adventures. He has climbed Mount Everest, crossed the Atlantic unassisted in an inflatable boat, slept inside the carcass of a dead camel in the Sahara desert, circumnavigated the British Isles on a jet ski, and more recently switched to survival and endurance TV shows. And now, Bear has just released what he has called his “riskiest journey yet”, a daily devotional book for Christians.