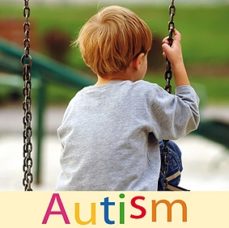 Autism and Asperger Syndrome
Asperger Syndrome is an Autism Spectrum Disorder (ASD), distinguished by a pattern of symptoms rather than a single symptom. Like other psychological development disorders, ASD begins in infancy or childhood and has a steady course without relapse. Asperger Disorder describes individuals who may not have ASD but do have autistic-like traits. It appears to be a result from developmental factors that affect many functional brain systems. Individuals with this disorder display  significant difficulties in:

The lack of demonstrated empathy (possibly the most dysfunctional aspect of AS)
Impairment in the use of non-verbal behaviour (eye contact, facial expressions, gestures) during social interactions
Lack of development in relationships
Failure to seek to share enjoyment, interests or achievements with others
Failure to reciprocate emotions or gestures
Often overly sensitive to sounds, tastes, smells and sights, the person with AS may prefer soft clothing, certain foods and be bothered by sounds or lights no one else seems to hear or see.

It’s important to remember that the person with AS perceives the world very differently. Many behaviours that seem odd or unusual are due to those neurological differences and not the result of intentional rudeness or bad behaviour, and most certainly not due to ‘improper parenting’.

2. PATTERNS OF BEHAVIOUR
ASD differs from other autism spectrum disorders by its relative preservation of linguistic and cognitive development. Behaviour patterns include:

3. SPEECH AND LANGUAGE
Although the criteria state no significant general delay in the development of language milestones, what you might see is a ‘different’ way of using language. A child may have a wonderful vocabulary and even relatively advanced reading ability, but not truly understand the nuances of language.
Abnormalities include: verbosity, abrupt transitions, miscomprehension of nuance, auditory perception deficits, unusually pedantic, formal or idiosyncratic speech, oddities in loudness, pitch, intonation and rhythm. Social pragmatics tend to be weak, making the person appear as if walking to the beat of a ‘different drum’.

AN INCORRECT DIAGNOSIS
Delayed or mistaken diagnosis can be traumatic for individuals and families; for example, misdiagnosis can lead to medications that worsen behaviour. Many children with AS are initially misdiagnosed with A.D.H.D.
Diagnosis is commonly made between the ages of four and eleven. Those with AS have a normal IQ and many individuals (although not all) exhibit exceptional skill or talent in a specific area. They are often viewed as eccentric or odd and can easily become victims of teasing and bullying.

THERAPIES TO TREAT YOUR CHILD
The ideal treatment for AS is a combination of therapies. A typical treatment programme includes:

Cognitive behaviour therapy (to improve stress management relating to anxiety/explosive emotions, to cut back on obsessive interests and repetitive routines)
The schooling of social skills
Medication for co-existing conditions (major depressive disorder, anxiety disorder)
Occupational therapy to assist with poor sensory integration and motor co-ordination
Social communication therapy (Speech therapy to help with the pragmatics of a normal conversation, the training and support of parents, etc).

YOUR CHILD’S STRENGTHS
Your child generally possesses a number of assets upon which you might build such as:

A strong knowledge base for individual topics of passionate interest
The desire to conform to rules and boundaries
Retaining information best when it is visual, sequential and linear
Best understanding logical, concrete topics of discussion
A willingness to please and keep trying.

LITTLE MESSAGE OF LOVE
The most significant thing you can do for your child with Asperger’s is to value and indulge his most passionate interest (with an eye towards a future vocation), and promote the development of a relationship with at least one friend.  In doing so, your child will be better poised to thrive in life.
Many of the weaknesses can be remediated with specific types of therapy aimed at teaching social and pragmatic skills. Although it is harder, adults with Asperger’s can have successful relationships, families and happy and productive lives. Pray God’s Word and His promises over your child and trust Him for the best. 