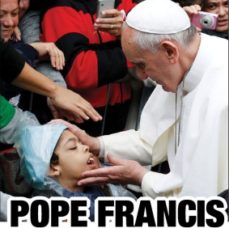 We Catholics are Christians. We are very ancient Christians from a very ancient Church.
We Catholics only worship God as the Trinity (Father, Son and Holy Spirit). We do not worship anyone or anything else. We do not worship Mary. We do not worship the pope. We Catholics trust in Jesus Christ as our one and only Saviour and Lord. We regularly ask Jesus to live inside of us every week at holy mass.
We Catholics confess our sins to priests, but we ask for forgiveness from God.
We Catholics do not believe we are saved by our good works apart from God’s grace.We believe God’s grace is present in everything, both our faith and our works, and that it is the Lord alone who saves us through Jesus.
We Catholics do pray to Mary and the Saints, but when we do, we do so through the Holy Spirit, because we know that to the Christian “death has no sting” and that means the dead in Christ are not dead at all. They are just as connected to the Holy Spirit as we are, if not more so. Protestants may not agree with it, and that is fine, but there is nothing in the Bible against it.
We Catholics acknowledge, as a matter of faith, that Protestants (those baptised in the name of the Trinity) are our spiritual brethren in Christ. This is written into our Catechism and the most important documents of the Church.” 2

Attempting to foster unity
Pope Francis became the first pope to make an official visit to a Pentecostal church, after he recently spoke at the Evangelical Church of Reconciliation in the southern city of Caserta, Italy. The Pontiff apologised for persecution of Pentecostals the Roman Catholic Church was involved with in the past, and reached out with friendship to Evangelicals.
“Among those who persecuted and denounced Pentecostals, almost as if they were crazy people trying to ruin the race, there were also Catholics,” Francis said, referring to Italy’s fascist regime when the Pentecostal practice was forbidden.
“I am the pastor of Catholics, and I ask your forgiveness for those Catholic brothers and sisters who didn’t know and were tempted by the devil.” Francis spoke before 350 worshippers at the church and met privately with the Pentecostal preacher Giovanni Traettino.
Acceptance by some in Evangelical quarters
Traettino returned the sentiment, and called Francis “my beloved brother” when welcoming him to the church. He added that there is “great affection” for Francis even among Evangelicals, and said that many pray for the Pope every day. “Many of us, in fact, believe your election as Bishop of Rome was the work of the Holy Spirit,” the Pentecostal pastor added.
Francis and Traettino first met in Buenos Aires, Argentina, in the late 1990s, where the pastor was establishing ties between Charismatic Catholics and Pentecostal Protestants.
Francis has reached out to other Christian denominations as well with a message of Christian unity, and in June told Archbishop of Canterbury, Justin Welby, during a meeting, that their division is a hindrance to preaching the Gospel.  “We cannot claim that our division is anything less than a scandal and an obstacle to our proclaiming the Gospel of salvation to the world,” Francis told the Anglican head. Pope Francis urged Christians to celebrate their unity and their diversity, the latest in a string of ecumenical overtures toward Protestants.
Reticence and warning from other Evangelical leaders
Despite Pope Francis’s unprecedented visit to a Pentecostal church and apology for past treatment of Pentecostals by Catholics, many Italian Evangelical leaders remain concerned about how Evangelicals in the United States (and other nations) are cosying up to the popular pontiff.
“There is much naiveté and superficiality,” wrote Italian church planter Leonardo De Chirico. “Some analysis is based on personal impressions or the seemingly Evangelical language of the Pope, or on truncated bits of information that fall short of taking notice of the complexity of Roman Catholicism.”
An overwhelming majority of Italy’s Evangelical churches and organisations – including leaders for the Italian Evangelical Alliance (IEA), the Federation of Pentecostal Churches, and the Assemblies of God in Italy – agree with De Chirico (or at least did so before the Pope’s apology). The statement stresses that “it is incompatible with the teaching of Scripture to have a church that operates as mediator of salvation and that presents other figures as mediators of grace since God’s grace comes to us by faith in Jesus Christ alone (Ephesians 2:8) and without the agency of other mediators (1 Timothy 2:5).”
Church leaders also note that “What appear to be similarities with the Evangelical faith and spirituality of sectors of Roman Catholicism are not, in themselves, reasons for hope in a true change.”
United we stand, divided we fall…?
Brian Stiller, the World Evangelical Alliance’s global ambassador, explained the rationale behind building bridges with the papacy: “I know some will wonder if we lack discernment, dining as we did with the head of a church many see as heretical…No one is interested in rewinding the clock. Such plans do not lead us to fulfil Jesus’ prayer in John 17 that we be one in Christ. My counter argument to those who might dismiss friendship with the Pope, is this: for Evangelicals and Protestants, of all shapes and sizes, the state and condition of the Roman Catholic Church matters. Of the over 2 billion Christians, one-half are linked to the Vatican. In places where Evangelicals are marginalised, having this official connection allows us to raise issues and ask for responses we would never otherwise get.”3
With Catholic Church membership in 2011 at 1.214 billion (17.5% of the world population), it seems Stiller has a valid point. With the rise of extremist Islamic terrorists, liberal Western governments, and increasingly apathetic young people, perhaps the time has come for Christians to find common ground with their Catholic counterparts, and, following the Pope’s example, reach out to a lost and dying world. 