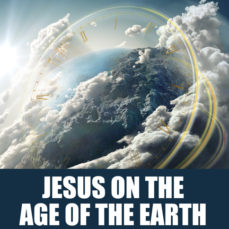 Many evangelicals, even many who deny evolution, accept the standard secular timeline, from an alleged big bang some 15 billion years ago, to now. But several of the Biblical authors, as well as Jesus Himself, make it plain that this is wrong—people were there from the beginning of creation.

Whereas in the evolutionary timeline, people have only been around for one or two million years—this puts them towards the end of the timeline. Thus, Jesus is most definitely claiming that the world cannot be billions of years old.

. . . For the full article, pick up the July copy of JOY!, now on sale nationwide!