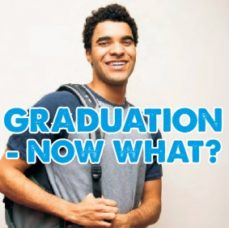 YOUNG PEOPLE ARE OFTEN FACED WITH THE QUESTION of what to do after completing their formal schooling. With so many options available to the high school graduate the specific choice is often overwhelming. Traveling overseas, starting tertiary studies or perhaps sowing a year in a mission environment are all possibilities to be considered. Whilst there are some who would be excited about getting straight back “into the books”, many graduates struggle to make the gap year decision.

A lack of spiritual and emotional maturity, a lack of awareness of direction and life calling and a lack of preparedness for the spiritual crises in the academic and work arenas often make this decision even more difficult. Since the time spent at school is primarily a time of gaining knowledge, social skills and talents, little thought is given to the transition from 12 years in school to the big wide world out there! As the learner approaches the end of his/her schooling career, there are some huge questions to be answered.

[Discovery] – who exactly am I? In the area of discovery, learners come to terms with who they are in Christ Jesus; i.e. what their passions, dreams, and life’s calling are all about. Many young people end up in courses of study and careers for which they have no passion. Career choices must be made in keeping with the Scriptural fact that “I am fearfully and wonderfully made” – Psalm 139:14.

[Discipleship] – Now that I know what I am going to do, what will I do about it? In the area of discipleship, the young people need to be guided along a path of establishing what their response to their discovery will be. A clear understanding of God’s purpose and plan for their lives is critical. A Biblical foundation that will allow young people to stand firm in their faith in the workplace is critical. Character development, goal setting and the reinforcing of critical values is vital for success.

[Destiny] – what will my future hold? Whilst there are many options for the school-leaver, the ultimate goal is to be able to fulfil the God-given destiny for each life. Being able to go, having discovered what God has planned for you, is the most rewarding career that anyone could embark on.

Ideally the decision of what to do in a gap year programme needs to be made during the grade 12 year at school in order to be able to make adequate arrangements for enrolment or travel. Armed with the answers to the above questions, the school-leaver is in an excellent position to make an informed decision on how to spend the post matric year. An added benefit in the gap year would be the possibility of achieving some academic credit whilst taking a “year out”. Many programmes offer the possibility of enjoying some adventurous activities while continuing formal studies albeit at a slower pace. The benefit of these programmes is that the young person does not lose touch with the concept of studying but at the same time is not overwhelmed by the intensity of full-time study.

If at all possible select a programme that provides accreditation with tertiary institutions so that credits can be transferred to the institution of your choice when resuming a full-time study programme. There is nothing more powerful than a young man or woman who has discovered their purpose in life, has been appropriately discipled and is then released to fulfil his/her God-given destiny!

GRAHAM YOKO, is the CEO of Accelerated Christian Education, Africa. He and his wife, Pamela, and three children live in Durban, South Africa.

The Blessing of Grandparents

Divorce is a very selfish affair. It doesn’t consider the children. Perhaps it tries to compensate for their loss in rands and cents by a generous provision for their maintenance. Then there are those who use maintenance as a weapon to either compel one or other parties in the break-up to fulfil an egotistical wish or on the other hand to ‘punish’ the other parent or child for wrong reasons. But it can never, ever undo the psychological damage done to the heart of a son or daughter who has to work through it just as much as anyone else affected. If only we would realise this. It is perfectly true that God can effect a healing of the heart like none other can. On the other hand, we must not think that we can get away with sin all that easily. And we need far more empathy than we have, especially when we consider that Jesus solemnly warned that if we put a stumbling block before children, some of whom He received and blessed so heartily, we are in danger of severe judgment.

I HAVE A LETTER FROM A girl who anonymously signs herself “A wounded heart.” It reads: